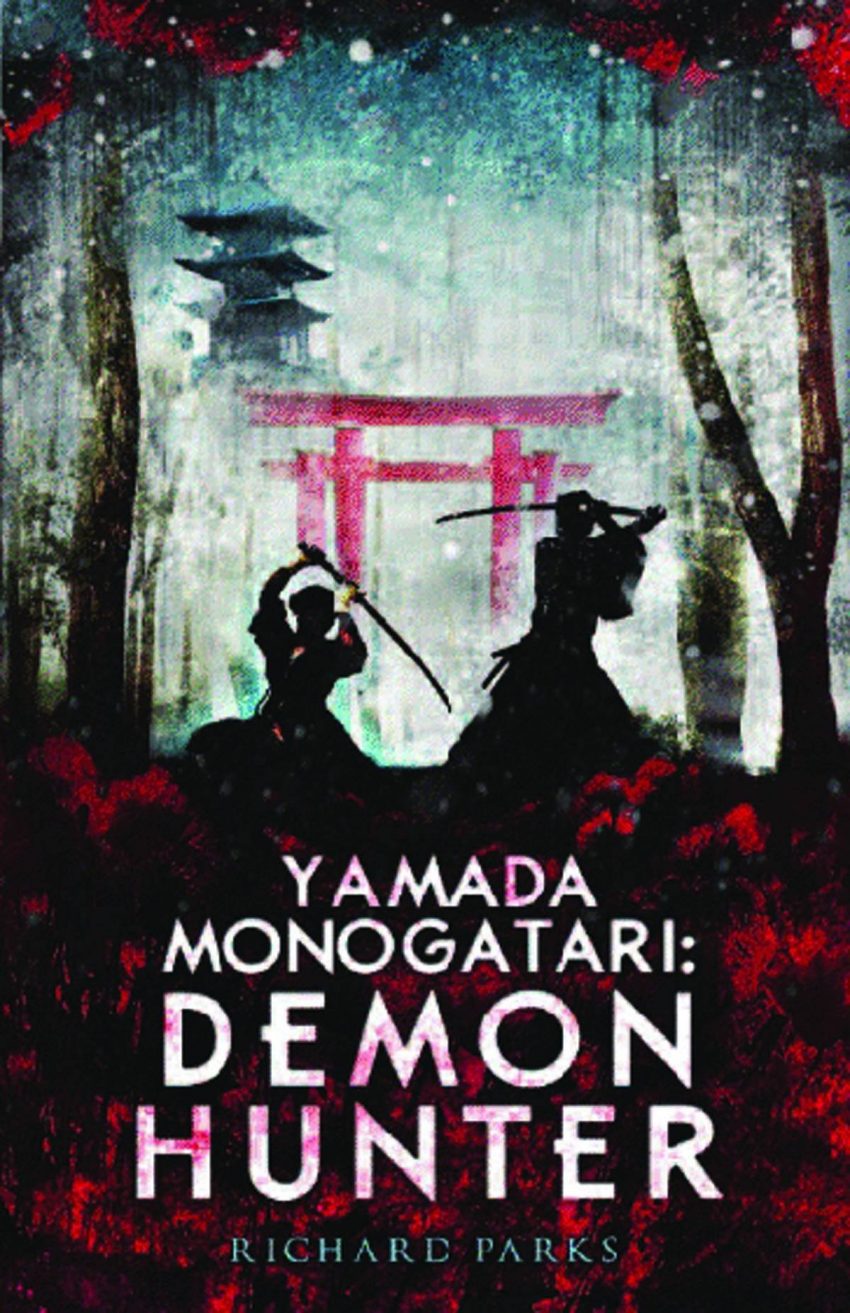 The best way to describe Richard Parks’s first installment in the Yamada Monogatari series, Demon Hunter, would probably be as the era of a pre-warring state Japanese Sherlock Holmes for supernatural incidents.

The book is set up as ten short mysteries, not directly connected to each other, but still following a single thread (as in they are set after one another). It was something I wasn’t expecting going into the story, but it was not bad, and I actually quite liked it.

There are only three reoccurring characters in the series (four if you count a certain fox that is introduced in the first chapter and takes a role in the last), but that doesn’t stop the other side characters to feel unimportant, and they’re all well described and developed.

The main character, the fallen noble Yamada no Goji and his assistant, the drunkard priest Kenji, have very nice chemistry, reminiscent of the famous Sherlock Holmes and his partner Dr. Watson.

I very rarely read mystery novels. Almost never in fact, so I cannot claim to be an expert on them, yet the feeling I get from having read it, Yamada Monogatari seems more akin to the mystery style of Sherlock Holmes, or at least the way I’ve gotten it described to me. As in, the mystery itself is not the main part and is usually not meant to be solved by the reader, but rather by special circumstances and the detective’s intellect. However, in this case, the detective is not an unparalleled genius, but more of an expert on the supernatural, or Yokai.

The setting of the book is quite interesting, since most western novels set in Japan, that I know of at least, are mostly set in the warring states era, or later, yet Park decided on the time right before, and will probably follow the rise of the samurai throughout the series’ progression. It also adds on the fact that Yokai (essentially monsters and ghosts) and Kami (gods, or rather nature spirits) are really, making the mysteries presented have another dimension to them.

For the most part, the book was a great read; however, I do think you need to have some basic understanding of Yokai and some knowledge of historical Japan to fully enjoy this book, but lost things are explained as they appear, so this knowledge is not necessary, it would only make the reading experience more fluent.

Overall, I’d like to give the book a solid 7/10 for an interesting experience.