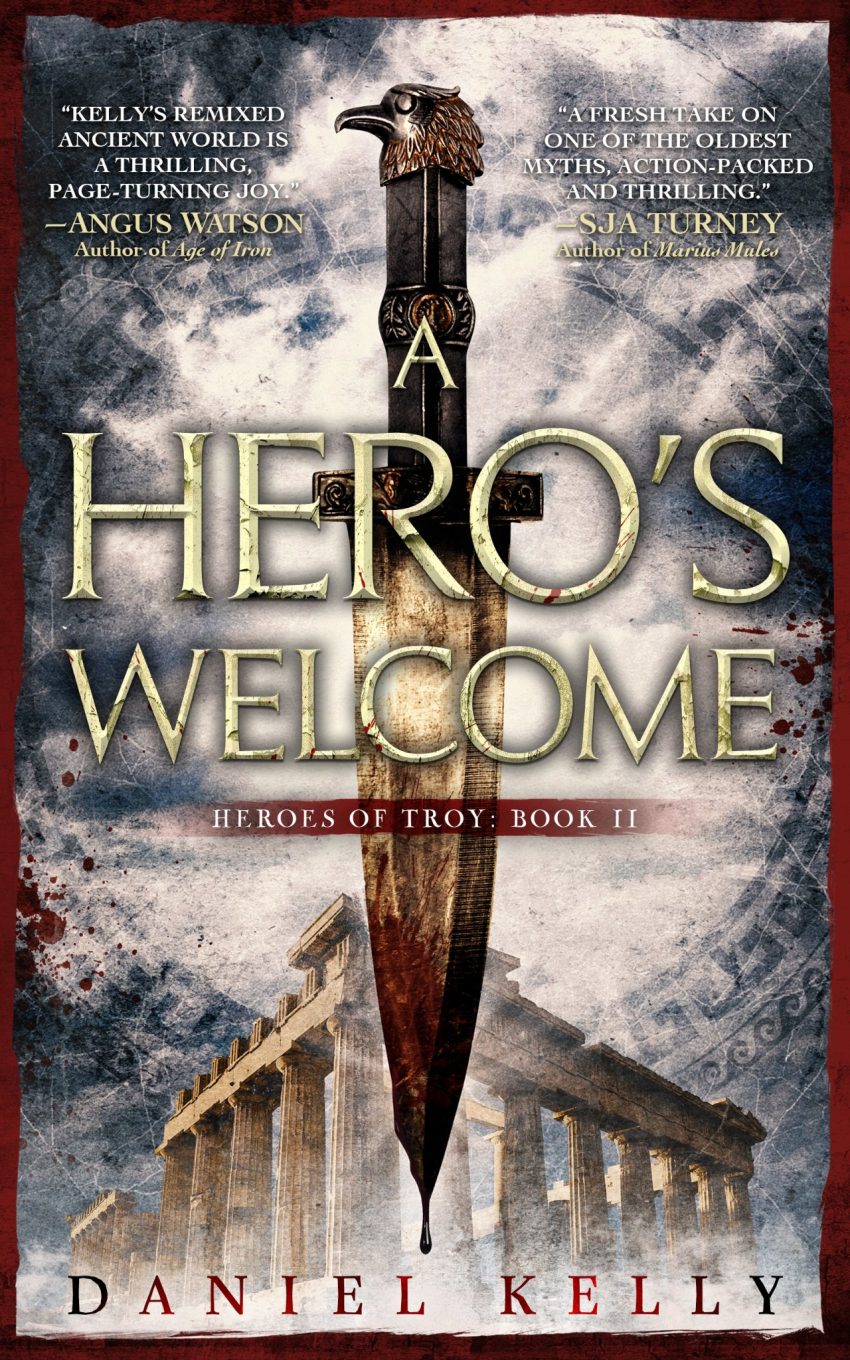 To say that I have been eagerly awaiting Hero’s Welcome would be an understatement. I loved Fall of the Phoenix and the reimagining of all of the mythical heroes we know and love (or love to hate it). The question was – would Daniel be able to take it beyond the scope of the end of the Trojan War and extend it into the rest of the ancient mythology of Greece in Hero’s Welcome? The short answer: yes!

These books don’t just make the stories feel fresh – they feel enriched. While staying true to their ethos, Daniel adds depth through additional interactions and insights. Hero’s Welcome continues this trend, highlighting the author’s superb character interaction, vivid scenic descriptions, and punctuating moments that feel both epic, like their source material, yet far more human and heartrending because of the additional depth of the characters. Does this mean that I didn’t have a few qualms with it? No, but they were mainly personal and revolved around the nature of the beast of this story. The main thing to remember is that Hero’s Welcome is not a pure sequel as much as it is a continuation of the same overall story (think like the volumes of the Lord of the Rings – the Two Towers would not stand alone very well). Not only that, Daniel goes into detail about events in between the major myths, and from all sides. So we are following both the victorious Greeks serving Agamemnon, his family, and his home city while also following those who fled Troy (I can’t say more than that without getting into spoiler territory). When you have multiple storylines going on at once, there are two ways to handle it: large chunks at a time dedicated to one group or constantly updating the reader on both. Each option has its pros and cons. Daniel Kelly uses the switching back and forth option. This is likely to induce a page-turning experience because you are always trying to figure out what happens next with each group of characters. The downside is that some readers (like myself) like to absorb everything happening with one group and digest it before switching to another – the pro of the chunk strategy. Every time I would be getting settled into enjoying one group of characters, I would be switched back over to the others. This is the same as it was in book one, Fall of the Phoenix. The difference was that even though the groups may have been on opposites sides of a wall in battle, everyone was together in the same area and the interactions of each group directly impacted the other, so it didn’t feel quite as jarring to me as it did here with them being so independent of each other.

Still, with Daniel Kelly’s superb character interaction, it doesn’t really matter which group you are with – you’re going to be enjoying the ride. And if you like constantly being put on the edge of your seat and feeling the need to keep reading to learn more information, you will love his narrative choice. Other than that one gripe, I loved it. However, this book does need to be read only after reading Fall of the Phoenix. The Remus and Romulus plotline especially won’t make any sense without it. And don’t be upset that some story threads don’t have closure at the end of the book – this is the second link in a long chain. The good news is the main plotline (as informed by the book’s title), does reach a satisfying conclusion to give the reader that much-needed sense of resolution. A worthy continuation from this reimagining of the ancient Greek myths, and once again, I’m left eagerly awaiting the next!

Sam hails from Sweden, where he is an AI Engineering student and aspiring Fantasy author. When he isn’t making machines smarter than us or writing his book, you can find him reading or watching the latest anime! Sam loves everything from classic High Fantasy to Post-Apocalyptic Science Fiction and everything in-between.