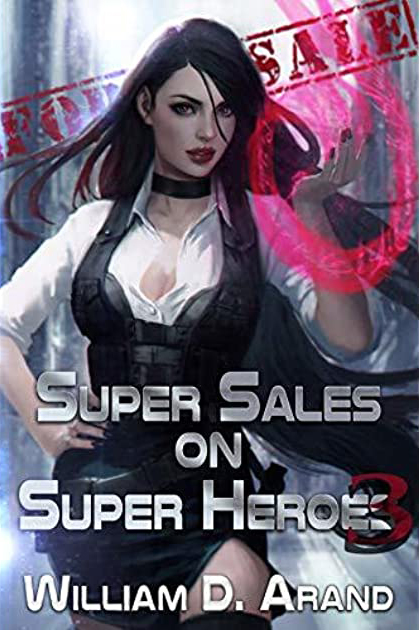 Super Sale on Super Heroes has filled a hole in my heart I didn’t even know I had after Monster’s Mercy, both by William D. Arland.

While they’re set in completely different settings, they’re still similar enough for me to connect this series to the open-ended Monster’s Mercy.

That said, I did put this book aside for quite a while, since I’m usually not a big fan of superhero novels, but I definitely regret that now. While the general setting was superheroes, it feels more like a modern fantasy story. It does use the nomenclature of “heroes” and “villains”, but if you removed that and replaced them with something like “adventures” and “demons” it probably would’ve worked just as well.

That tangent aside, if you’re expecting a superhero story, you will most probably be disappointed.

I liked the characters a lot, and many of them developed very well during the duration of the book. I especially liked Andrea, with how her relationship with Felix developed.

Arland Manages to have a lot happen through the book, yet nothing feels rushed, somehow. This is something I noticed with Monster’s Mercy as well. Because of that, I can only imagine how much will happen in the span of the whole series, and I’m definitely looking forward to reading more.

Overall great book, which gets an 8/10 from me.