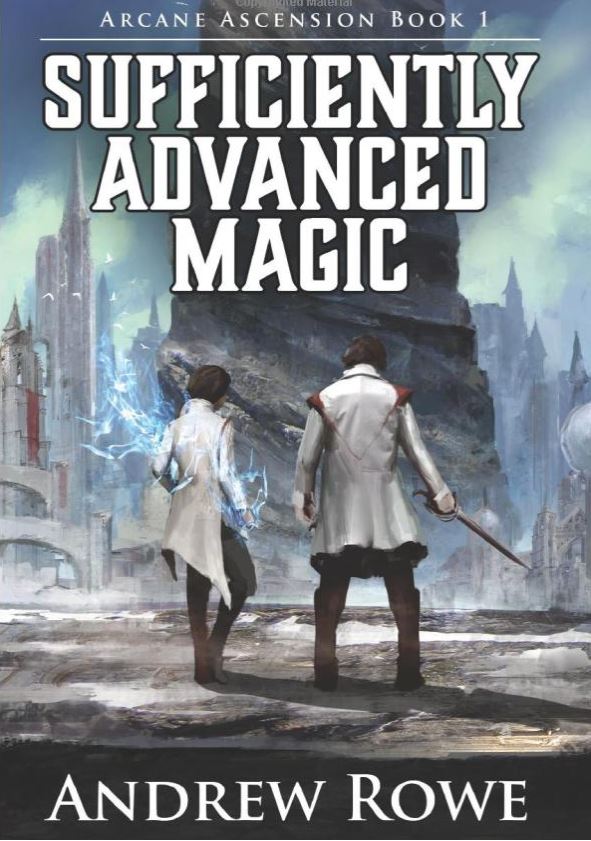 Note from OOTWReviews: The edition reviewed is the aduiobook, narrated by Nick Podehl, and as such some of the points in this review will not apply to the print version.

Andrew Rowe manages to introduce the reader to his Ascension series fairly well in this first book, called Sufficiently Advanced Magic, and I had the privilege of having Nick Podehl perform it for me.

Sufficiently Advanced Magic is stuffed with what most YA fantasy fans enjoy: action, magic, and intrigue. Although it’s pretty lacking in the romance department (not that I’m complaining. Rowe does a fairly good job in introducing the setting of the story, without having too many info dumps, and those that are, are hidden well enough for me to be able to look past them.

I do for the most part enjoy the characters. They are well written, and the inter-personal relationships are well written and interesting, even with little, or almost no romance at all (a few seeds are strewn, which probably will be explored later in the series, but they didn’t have too much of an effect in this book), which is, in my experience, pretty rare in these kinds of stories.

I do, however, have a gripe: how the main character is written as if he’s the smart one, who prefers smart planning over brute force as his way to solve problems. For example, he preferred studying puzzles rather than combat training before his trial. Yet, 90% of all fights are either won through force or by pure luck. Very few fights are fought tactically. He’s a pretty bad student, who, after his trial, doesn’t enjoy studying, even though that’s kinda how his character was set up in the beginning.

This is probably done to make him more relatable, but it’s a bit annoying that he “breaks character” that much. This gets better later in the book, but it’s still somewhat there.

Podehl does a good job and makes the characters come alive. I generally have low expectations for the narrators of audiobooks, but that doesn’t mean I can enjoy it when they are good.

Overall, the book does what it does good very well, but that which grinds my gears does so to an extreme level.

I’d like to give the story a 6/10, and hoping that future books only rise in quality!