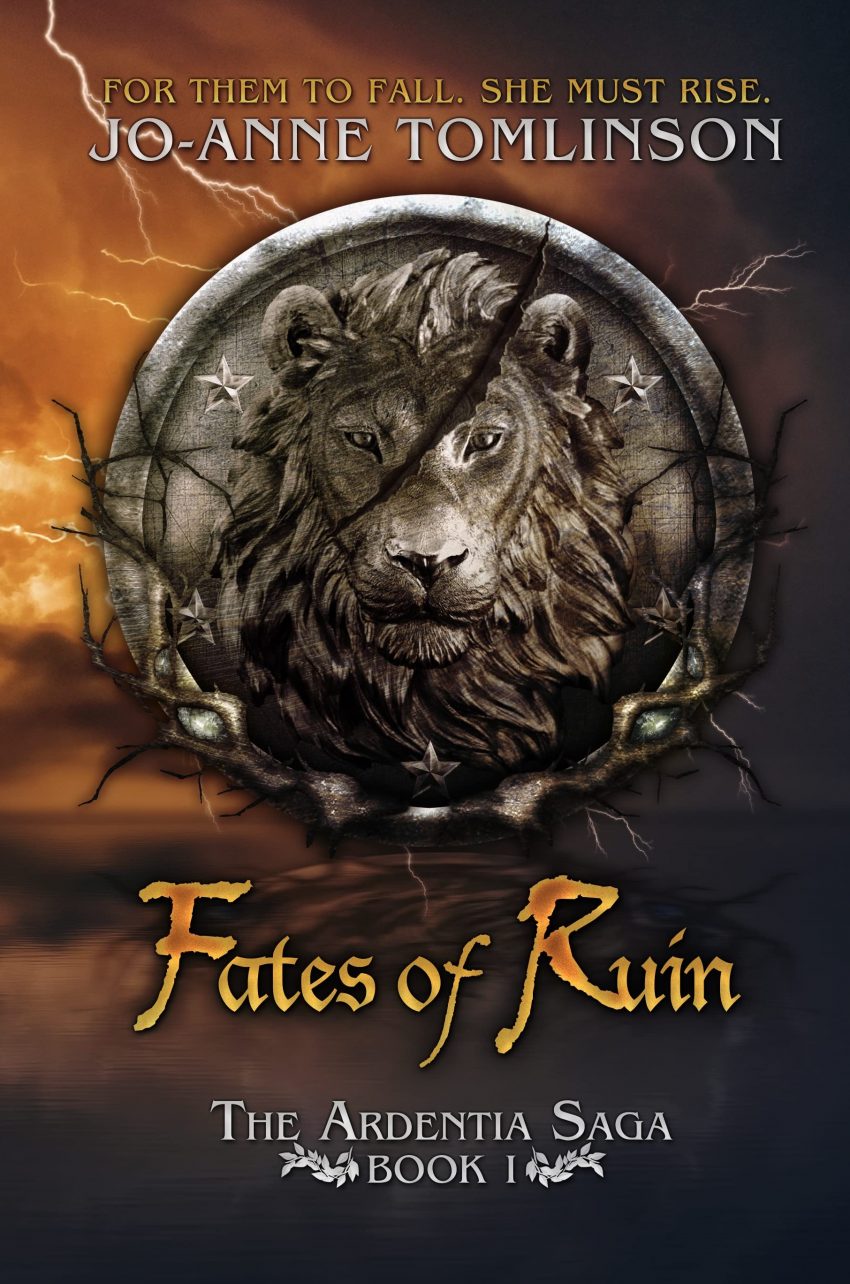 “Star Rating” – I (Eric) don’t do that. It’s not fair to readers or writers. I could give both Homer’s The Odyssey and Adam’s The Hitchhikers Guide to the Galaxy 5 stars – but that doesn’t mean they are equal, and it’s very possible to enjoy one and hate the other (you will find a star-rating on Amazon from me because Amazon forces me to give it one).

Fates of Ruin is an enjoyable light-adventure read. Tomlinson’s world of Ardentia is engaging with deities centered around the natural elements, though as of right now these deities are not characters themselves. Those of us who are nerdy and enjoy D&D and games based on it will immediately feel right at home, though sometimes the story gets a tad predictable because of that. Likewise, the characters are enjoyable, but aside from a few quirks here and there, don’t stray too far from the archetypes. Fans of R.A. Salvatore’s original Drizz’t saga will probably be the ones who enjoy this book the most.

Q: Did I enjoy the book?

Q: Would I recommend the book to others?

A: As an entertaining read, yes.

Q: Will I finish the series?

Q: How about the technical quality?

A: Much better than most indies, but not perfect. A couple of times the wrong speaker is identified. A handful of times a sentence was missing a word.

“And so, the Celestial Arden will send forth the Ardent Messenger, Keeper of the Light,” Ossbrien called, his eyes closed tightly, his body jerking as he spoke. “And he will draw the Light of Mytis from the fallen son’s lips.” The Vessels were chanting louder now. Their elemental magic stirred around them, faint at first, but as their chanting heightened so did their gifts. Mydra could not draw her eyes away from Jamus. His fingertips were bursting with crackling sparks of fire, and the red mist of his energy drifted from his body and hovered above Myole. It was joined by the white of the wind and the blue of the sea, the grey of the earth and the green of life, as each Vessel harnessed the light of their deity. The chanting was now a deep, haunting call to the sky, and Mydra gasped as the Vessels rose from the ground. Their bodies twisted and contorted as their energies joined together, spinning and churning within a magnificent vortex…The Vessels fell hard to the ground like weighted sacks. They lay silent and motionless. Mydra used all her restraint to stop herself running to Jamus. His hands were blackened, and his skin was riddled with blisters and burns. Just when she thought her control was done for, a burst of light came forth from where the elemental magic had converged. It was golden and all-consuming, brighter than any sun, moon or star… the figure of a man emerged from the dazzling occurrence, his body clad in spectacular silver armour. His face was masked by a winged helmet, only revealing cobalt blue lips and luminous, translucent skin.”

This would remain the biggest strength of the book that made it possible to overcome its laborious beginning, where I very nearly gave up due to the over-abundance of POVs, the book’s biggest drawback. For the entire first third of the book, Tomlinson’s narration would hook me in only for a complete change of location and perspective to yank me out of my revelry and make me put down the book so that I could get out of the headspace I was in and refocus again. But worse than that, it had the opposite effect the writer intended.

Almost every chapter changes POV, and none of them are very long. By the 33% mark (Chapter 12, if memory serves), I was hit with my 8th POV and very nearly despaired. Changing POV is fine, but not every major character needs one. The phrases “my truth” and “your truth” appear constantly at the start of the book, and it is clear that this concept is very important to the writer. Though all the POVs are in third person, with each shift the narrator is telling the story and the circumstances observed with that character’s biases and personality. You can tell the author wants you to fully understand each character and their motivations, but so far, for only two of them does seeing the world from their perspective add anything (one being that of the main character, Jahna Mornglow). Because of this, the POV shifts meant to add depth to each character instead shallows them, leaving nothing to the imagination for the characters who are enjoyable but not strong enough to carry the story and taking away time from the ones who are. For example, the main villain is conflicted about her decision that has led to this point. But when we see the story taking place from her perspective, her inconsistencies immediately make sense, leaving no mystery for the reader to ponder about why maybe she is doing this. If we knew less, the character would actually be stronger. The contradictions in her actions and language would add intrigue, leaving the reader to guess what more there is to her character they do not know. The author could reveal these mysteries later in a powerful way. Instead, she gains a little sympathy from the start, but her presence is in the story is severely weakened.

Fortunately, as I said, the narration of the story was strong enough to get me through the first third, and then keep me thoroughly entertained the rest of the way. The pacing (after the book gets going at the 35% mark) is perfect. The friendship of the three protagonists comes across as genuine, the dialogue is decent (and gets much better with the introduction of the charming rogue, Arn). The worldbuilding and characters are good, if not extraordinary. As I said in the summary, this book was giving me some serious R.A. Salvatore vibes, another series that had one great character with a simple, but enjoyable, supporting cast. In 16 books, Salvatore gave me only one surprise in the plot, and yet I was still racing through the books, thoroughly enjoying them and happily entertained. The same is true here. Sure, getting new quests at the inn multiple times is a staple in D&D and every game that has followed in its wake. Yes, you will instantly spot the Barbarian archetype, the Rogue, and all the rest. But be honest, you can’t resist it. That’s why Wizards of the Coast has 300 novels in its Forgotten Realms catalog. If you’re looking for the same type of story but need a new world and mythos to sink your teeth into, Jo-Anne Tomlinson’s Fates of Ruin more than fits the bill.

I do plan on finishing the series. The story is not complete at the end of the book, and I anticipate now that the ball is rolling, books 2 and 3 will continue on much as the last 2/3 of FoR – which had me reading from the 35% mark to the 75% mark in one sitting when it finally got going. The POV did still change with each chapter, but it stayed mostly with the primary group. This allowed Tomlinson’s great narration to suck me in and keep me there for hours at a time, and I enjoyed every minute of it. As Lilac Vengmar might curtly order at an inn, “ANOTHER!”